In the modern sphere internet movie critics, one of their favourite recent punching bags is the (relatively) new phenomenon of social media influencers starring in feature films or ongoing series.

“Oh look,” they say over a glass of Cognac. “Somebody decided to remake Airplane with noted corpse vlogger Logan Paul. How very pedestrian.”

“You think that’s bad?” another would chime in while polishing their monocle. “Check out this hospital drama where the entire cast is made up of Tik Tok stars.”

While these commentators are not wrong, I think their analysis often falls short in terms of putting these entertainment properties in the right historical context.

After all, out-of-touch movie executives have always been on the lookout for some flash-in-the-pan celebrity that they can turn into a star overnight, no matter what era of film we’re talking about.

Take, for example, SNL Studios’ output from the late 1990s and early 2000s, since this production company specialized in using middling characters from the late-night sketch show to headline theatrical releases.

While I’ve already talked at length about Bruce McCulloch’s Superstar (1999), Reginald Hudlin’s The Ladies Man (2000) suffers from largely the same problem, where the central protagonist cannot sustain a 90-minute runtime.

The story itself centres around Leon Phelps (Tim Meadows), a self-professed love guru who dishes out dubious sex and relationship advice over late-night radio.

When Phelps’ show gets thrown off the air due to lude conduct, the “ladies man” is forced to re-evaluate his priorities and figure out how he wants to spend the rest of his life (and with who).

Meanwhile, a mob of angry cuckolds is roaming the streets out for blood since Phelps secretly bedded all their wives and girlfriends.

Having never watched a Leon Phelps sketch before popping in this DVD, I was pretty baffled as to why this character was popular in the first place (to the point where SNL execs thought he could carry his own movie).

Outside of saying raunchy things at inappropriate moments, and dressing like a Soul Train reject, Phelps doesn’t have anything else substantial to offer in the comedy department, which puts the film on extremely shaky ground.

The whole movie I was waiting for Meadows to move past spouting grade school sex jokes and reveal an extra dimension to his personality, but that time never came.

Instead, all of Phelps’ character growth is boiled down to his evolving relationship with his producer Julie (Karyn Parsons), even though that romantic turn is telegraphed from a mile away.

The writers try and give this character a little more depth by providing him with a backstory at the very beginning of the movie, but this flashback doesn’t really play into anything later on and just serves as filler for a movie that’s only 84 minutes long.

Phelps’ status as a lothario and master seducer also left me scratching my head.

Even though Meadows is a good-looking guy, he carries the same kind of cheesy bravado of a pre-teen boy who just discovered his first chest hair, with cringy pick-up lines that wouldn’t even work during happy hour at Chili’s.

It would be one thing if the writers framed Phelps as a kind of Johnny Bravo character, who talks a big game but constantly gets rejected.

But judging by the sheer amount of the scorned husbands and boyfriends who what the “ladies man” dead, Phelps’ obnoxious style of courtship is irresistible to the opposite sex, apparently.

This sloppy writing creates a disconnect between the character and the audience, since we’re never given any opportunity to see him as a person who could potentially operate like this in the real world.

Of course, these shortcomings could be tolerable if the jokes were at least funny, but The Ladies Man severely fumbles in this department as well.

While the movie did elicit a chuckle from me here and there, most of the gags were dead on arrival because of how lazy and predictable they are.

For example, 25-minutes into the film Phelps scores a short-lived gig at a Christian radio station; a scenario that any half-baked writer could spin into comedy gold.

Unfortunately, they only thing this crew could come up with involves Phelps interviewing a nun who spouts off a bunch of unintentional double-entendres like how she is going to “assume a missionary position” in “Bangkok.”

The film’s running gags don’t fair any better, since most of them involve taking tired concepts and completely driving them into the ground.

One of the worst examples of this involves Will Ferrell’s character (one of the cuckolded husbands), whose repressed homosexuality is tied to his affinity for Greco-Roman wrestling.

In fact, the film is so devoid of imagination that some of its supporting players spontaneously break out into a poorly choreographed musical number just to fill up two minutes of screen time.

Just to be clear, I have nothing against raunchy sex jokes or “LOL SO RANDOM” humour, but those elements need to be presented with some level of finesse in a feature film. Otherwise, I might as well be watching a “funniest nut shot” montage on YouTube.

With that being said, The Ladies Man does at least contain a couple decent supporting characters that help make the movie’s surrounding mediocrity a little more digestible.

The strongest of these is played by Billy Dee Williams, who doubles as Phelps’ mentor and the story’s narrator.

Not only are Williams’ silky tones welcome in any movie, but the writers also sneak in some decent fourth-wall breaking jokes where the actor’s monologue constantly gets interrupted by other characters in the film.

And Karyn Parsons is really grounded and likable as Phelps’ assistant Julie, so much that you wonder why she is wasting this quality performance on a film that has barely enough material for a five-minute sketch.

In the end, The Ladies Man’s biggest shortcoming is that it fails to justify its own existence as a star-making vehicle for Meadows, who never really got another chance to be a leading man after this movie flopped (both critically and financially).

However, this isn’t entirely the comedian’s fault, since not even a more versatile performer like Eddie Murphy, Chris Rock or Jamie Foxx could make this sub-par material sing.

But if Meadows wanted to bring a character like Leon Phelps back in 2020, the door is definitely open for him on an online platform like YouTube, where seemingly every celebrity is spending more and more of their time because of COVID-19.

Just don’t be surprised if such a move is met with scorn and derision by the internet commentators I mentioned earlier, since there’s nothing that these folks love more than tearing down a mainstream actor moving in on their territory.

Compliments Wieners (because it they’re short, cheaply made and don’t leave you satisfied) 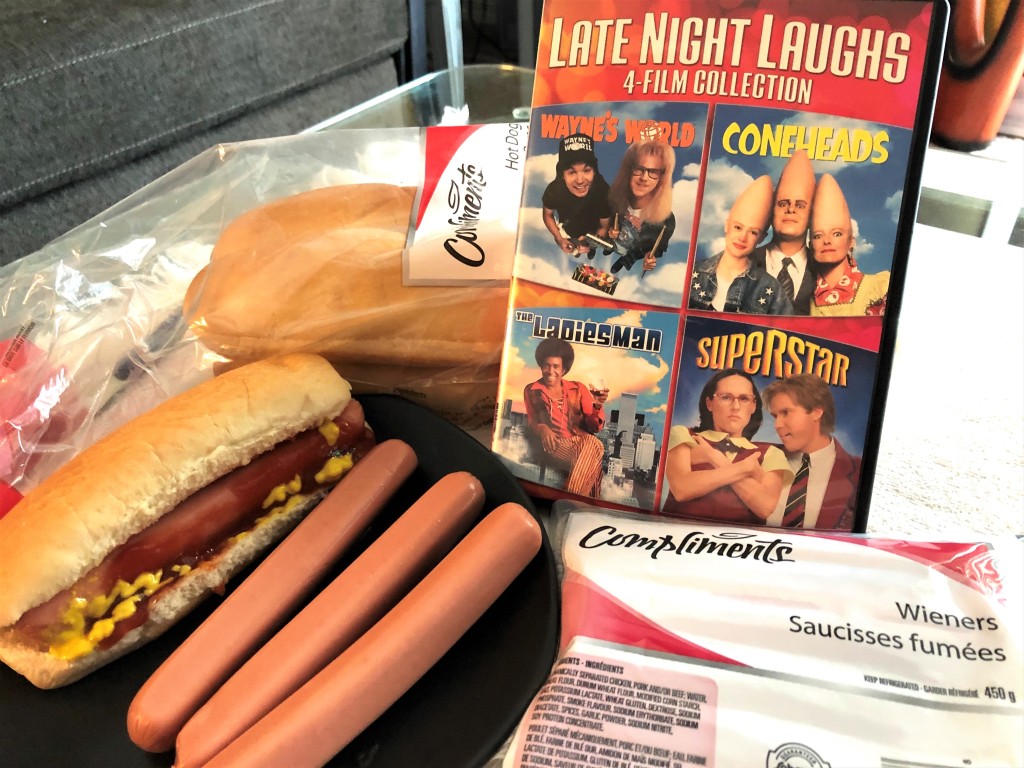 -According to Wikipedia, Tim Meadows appeared as Leon Phelps on SNL a total of 15 times between October 1997 and October 2000. His last appearance as the character took place on Oct. 7, 2000 (a week before the movie was set to premiere).

-At the time of this movie’s release, Meadows was the longest running cast member on SNL, having been with the sketch show since 1991. His record was surpassed in 2005 by Darrell Hammond and again in 2017 by Kenan Thompson.

–Surprise cameo: Julianne Moore makes a brief appearance as one of Phelps’ former flings who has sex with him in a full clown regalia. This role took places two years after Moore was nominated for a Best-Supporting Actress Oscar for her role in Boogie Nights (1997).

–The Ladies Man is also the title of a 1961 comedy starring Jerry Lewis, who stars as a nervous young man trying to overcome his fear of women.

– Musical highlight: “Sweet Thing” by Rufus and Chaka Khan (because the title of the song is the pet name that Phelps gives to all of his lovers)