Thanks to the advent of social media and the YouTube comments section, words like “worst” or “epic” have really lost their meaning in the current pop culture discourse, based on how frequently they’re used online.

“Obscure” should be added that list as well, since I’ve seen people use this term to describe properties that are decidedly not hard to track down and consume.

Rule of thumb: if you can watch a movie or tv show on a multi-billion dollar streaming platform, then chances are it’s not the entertainment equivalent of finding the Dead Sea Scrolls.

But I think calling Peter Glenville’s The Prisoner (1955) “obscure” is a pretty safe bet, since the film doesn’t even show up immediately when you type it into IMDB’s search bar.

But if you’re lucky enough to own a copy of Mill Creek Entertainment’s “5 Classic War Films” DVD pack like myself, then you should definitely give this thought-provoking drama a look.

In terms of plot, Sir Alec Guinness stars as a nameless Cardinal accused of high treason by a nameless interrogator (Jack Hawkins) following the events of World War II.

Even though the country remains nameless as well, the basic conceit is that the Hawkins represents the kind of Eastern European government that traded in the fascistic boot heel of the Nazis for some form of Communist authoritarianism after the conflict subsided.

As such, Hawkins’ intentions to force Guinness to confess to trumped up charges are made clear from the very start, and a compelling battle of wills between the two men ensues for the next 90 minutes.

Obviously, the film’s biggest draw is the back-and-forth between Guinness and Hawkins; two classically trained actors who are experts at conveying complex emotions through looks and body language alone.

And they don’t disappoint here, since the film remains a compelling watch even though half of the runtime is just the two men talking in a room.

The conversations that take places between the two is almost akin to a well-choreographed fight scene, with plenty of unexpected verbal jabs and parries to keep the audience on their toes.

Guinness is especially impressive in his role as the nameless Cardinal, since he’s willing to undertake a rather unflattering transformation from a dignified man of the cloth to an emotionally shattered shell of his former self.

For mainstream audiences who are used to seeing Guinness take on mentor roles like Obi-Wan Kenobi, it might be a little upsetting to watch him undergo such psychological torture that reduces him to a nervous, groveling wreck by the film’s end.

But putting in such a raw, unfiltered performance definitely left a big impression on me, and Guinness should be applauded for taking this kind of risk.

Similar to other stage plays turned into films like Frost/Nixon and Glengarry Glen Ross, The Prisoner also benefits from a script that’s was polished way ahead of time, which gave director Peter Glenville the opportunity to focus most of his energy on filling in the gaps.

While some filmmakers might have just let Bridget Boland’s dialogue speak for itself, he decided to give this story a full cinematic treatment anyway, with plenty of gorgeous cinematography to serve as the backdrop.

Some of these shots even display elements of German Expressionism, since he uses harsh shadows, moody lighting, and gothic architecture to highlight the oppressive nature of Guinness’ captivity.

And even though most the action takes place indoors, Glenville does his best to keep the audience’s attention through utilizing strategic blocking and dynamic camera movements.

However, not every decision the director made for this screen adaptation is a winner, since he decided to include this time-wasting subplot featuring one of Guinness’ guards, who is having an affair with a married woman.

I’m not sure if this subplot was included in the original play, but it seems like something a clueless producer lobbied to include in film to appeal to a larger audience, even though it’s cliched and has next to no bearing on the overall story.

The Prisoners’ ambiguous setting also threw me off during my initial viewing, since I went in blind and spent way too much time trying to figure out which European country this was supposed to take place in.

But after doing my research, the film was much easier to digest with a second viewing and it gave me the opportunity to pick up on the smaller nuances of Guinness and Hawkins’ performances.

And at the end of the day, the mere presence of these two acting heavyweights gives the filmmakers a pretty solid foundation to work with from the outset, with Boland’s tight script and Glenville’s smart directing elevating the story beyond just being a stage play put to film.

This movie’s obscure status might make it a little difficult to track down, but it’s definitely worth making a couple clicks on Amazon to order a Blu-Ray copy.

Just make sure you order the right version of The Prisoner, unless you’re in the market for some high definition pornography or old school British sci-fi. 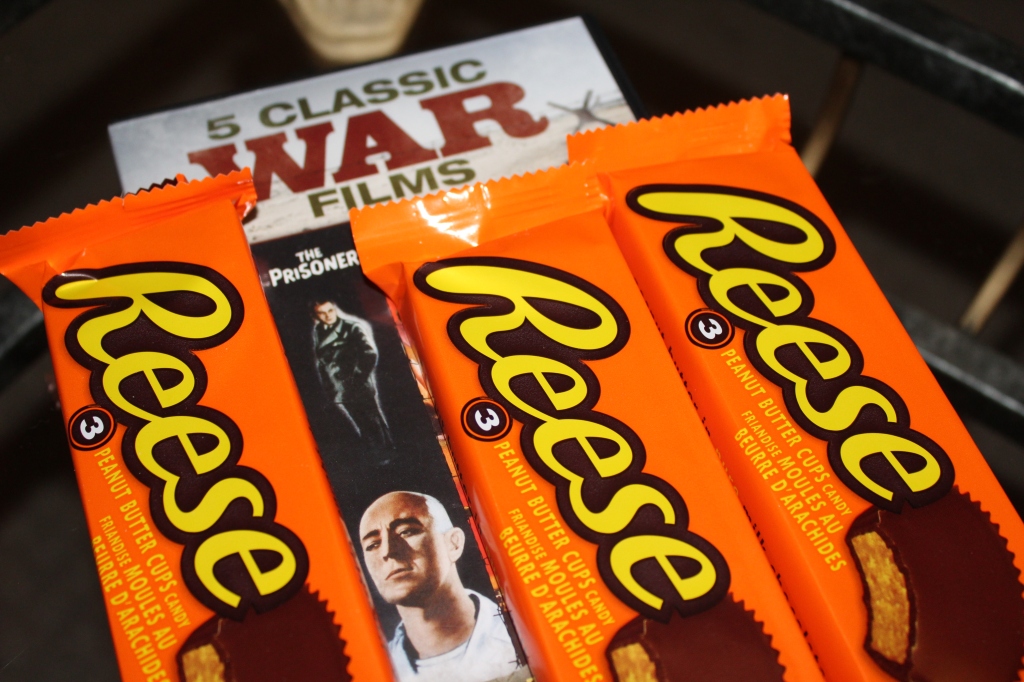 -While the film’s setting remains ambiguous, Guinness’ character is based on real-life cardinals Aloysius Viktor Stepinac and József Mindszenty, who underwent similar show trials in Croatia and Hungary, respectively.

-According to TV Guide, this film was banned from both the Venice and Cannes film festival for being “anti-Catholic” and “anti-Communist.” However, residents of Ireland slapped it with a “pro-Communist” label.

-Two years after The Prisoner was released, Hawkins and Guinness would go on to star in The Bridge on the River Kwai, although the pair wouldn’t share any scenes together. However, the two would be reunited on screen in 1962 for director David Lean’s next big epic Lawrence of Arabia.

–The Prisoner would go on to be nominated for five BAFTA awards for acting (Hawkins and Guinness), script writing (Boland) and best overall film (from Britain or any other source).

-The obscurity of Peter Glenville’s The Prisoner might have something to do with the fact that there are more famous pop culture properties with the same name, including a 1967 British science fiction series starring Patrick McGoohan.

One thought on “The Prisoner (1955) review-A real hidden gem”